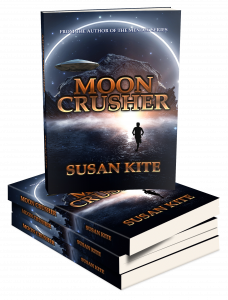 Fourteen-year-old Diego only knows the rolling hills and pastures of his father’s hacienda in 1829 California. His peaceful, simple life is shattered when aliens invade and Diego is captured by reptilian warriors. He is now a slave on a huge space ship surrounded by technological advances not yet imagined. Unable to communicate, Diego struggles to survive and gain the respect of his captors. When trouble comes, will he be able to unite his fellow slaves to fight a more deadly enemy or will he betray the trust of Ziron, the ship’s commander? And will Diego regain his freedom and eventually return home to Earth?

At the Dead Hours of Midnight

Because I Care About You

Box of Toys, The

Boy and his Mountain, The

Bushido: The Virtues of Rei and Makoto

Conversations With Cody: A sassy canine speaks his mind

Crossroads to the Stars

Death in the New Land

Death in the Time of Ice

Death on the Trek

Every Day But Not Some

Father and Sister Radish and the Rose-Colored Glasses

From My Heart to Yours

From Where We Came

Ghost in the Word, The

Ghosts of the Cove

Great Cloud of Witnesses, A

Hallelujah Series and Other Poems, The

Handbook for the Widowed

Hiking For Fun and Pain

How I Became, am Becoming, or will probably Become my Mother (or not)

If You Ask a Scientist a Question

Into The Sweet Hereafter

Kill for a Copy

King of the Kudzu

Living With the Son in Your Eyes

Lucy's Lost in the Everglades

Murder on the Bermuda Queen

Murder on the Rhine

My House of Dreams

Noise in the Woods, The

Octavia Gets Her Veiled Chameleon

One Night in the Eternity of...

Our Little Secret; A Smoky Mountain Family Saga and Coming of Age Story

Prayers of Confession for Lent

Prayers of Faith and Hope, Prayers for Christians to pray for Muslims during Ramadan

Princess and the Ph.D., The

Princess, the Knight, and the Lost God, The

Pushing Back - Book One in the Boone Series

Realms of the Cat

Rooms in Our Heart

Rough Ascension and Other Poems of Science

School for Healing, A

Still Small Voice of Love, The

Walk on Through the Rain: A Polio Survivor's Story

Walking With the Son in Your Life

Wigged Out! Surviving chemo and other intrusions

Wind: The Story of Arnald, The

Wrestling with God: the Evolution of Liberal Religious Views

Yikes! Dinosaur's Are Taking over the Backyard

Zorro and the Outward Journey- part one of Zorro's Pacific Odyssey