Diverse. If one word can describe Carol McClain, it’s diverse and had been long before diversity became such a pc buzz word. She’s a novelist, essayist, and erstwhile poet (Be glad it’s erstwhile and no longer current). She hales from northern New York—so far north, she was almost Canadian. Eh?

Nowadays, she’s working on her Southern dialect as she and hubby now live in East Tennessee. She plays the bassoon, creates stained glass, and is a former marathoner and high ropes instructor. For more than thirty years, she taught English, and she now teaches the wee ones in Sunday school. In addition to this, she has served on the North Country Habitat for Humanity board for over ten years. In that capacity, she’s held every position except those having to do with money. She may be able to tell you the definitions sesquipedalian, but simple addition baffles her. She is course coordinator for ACFW. Vice President of ACFW Knoxville and a member of the Authors Guild of Tennessee.

And of course, she writes. She’s completed four novels. Her latest, Yesterday’s Poison, is available wherever you buy books.

Links to her other books are coming! 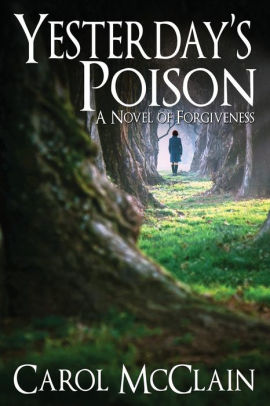